The 2022 season has been rough for racing at Grays Harbor Raceway. Night 1 of the Timber Cup featuring the NARC Kings of the West 410 Sprint Cars, Wingless Sprint Series, and IMCA Modifieds saw heavy rains for most of Saturday. Racing action did take place on the 3/8's banked clay oval on Sunday and the finale for the Timber Cup.

Zane Miner of Graham led the field to the green flag in the 25-lap feature event. Aberdeen's Elliott French moved into second, but had tough company of Hoquiam driver Jason Tole and Zack Simpson of Aberdeen. Tole jumped into the lead getting past Miner. Tyson Blood of Olympia, and winner of both feature events on the 2022 season, worked his way through the field and to the front, getting by Tole for the lead on lap 3. The caution flew on lap 4, as Brenton Schnitzer stopped in turn two. On the restart it was Blood, Tole, and Simpson, Blood jumped out front quickly, leaving a battle for second between Tole and Simpson. Fourth position saw a four-car battle as Miner, Oakville's Brian Harding, Craig Moore of Seabeck and Shelton driver Scott Miller battled it out. Harding worked his way by Miner, as Miller battled for fifth. Miller was on the move, running the low side of the raceway, working his way by Harding. Blood worked his way through lap traffic, slicing and dicing, extending his lead as Simpson worked by Tole mid-way through the feature event. A late race caution for Harding, allowed Simpson and Miller one last shot at the lead. Blood, strong on the restart quickly put some distance between himself and Simpson. Tole and Moore brought on a battle for the fourth position. It was all Tyson Blood, picking up his third feature event win at Grays Harbor Raceway. Simpson, Miller, Moore, and Schnitzer rounded out the top five. Heat race winners earlier in the evening were Schnitzer and Simpson.

The first appearance of the 2022 season of the Wingless Sprint Series saw their Salute to Indy event. 40 laps were on hand. Rob Lindsey of Sherwood, Ore and Lake Stevens driver Eric Turner set the front row of the feature event. It was Rob Lindsey out to the early lead. Turner ran in the second position as Tim Alberding of Salem, Ore and Springfield, Ore driver Ricky Ashley battled for third. Ashley picked up the position, looking to track down Turner. Rob Lindsey used the low side of the banked clay oval to extend his lead over Turner and Ashley. Chad Lindsey of Sherwood, Ore worked his way into third, getting by Ashley. A three-car battle for fifth saw Alberding, Justen McConnville of Dundee, Ore and Spanaway driver Chris Greene battle for position. Just as that battle started to heat up, the battle for second saw Chad Lindsey look to the low side of the raceway and take over second from Turner. Lap 11 saw the caution flag fly for Ashley, slowing in turn two. The restart saw father and son Rob Lindsey and Chad Lindsey leading Turner, Alberding, and the rest of the field to the green. Rob Lindsey quickly put some distance on Chad Lindsey, as Alberding look to make a bid for second, bringing Turner with him. Turner running the high side gained some ground on both, working his way back into third momentarily. Lap 26 saw Bert Johnson of Lake Stevens slow in turn four, bringing out the caution. Rob Lindsey let the field to the green as Chad Lindsey worked his way around a lap car. Alberding saw tough company as Greene looked to make a battle for third. Turner set his sights on fourth and made the pass on Greene. Turner's night came to an end after front end issues late in the feature saw him pull into the infield. It was all Rob Lindsey, picking up the win over Chad Lindsey, Alberding, Greene and McConnville. Heat race winners earlier in the evening were Rob Lindsey and McConnville, Rob Lindsey also won the dash and picked up quick time making it a clean sweep on the evening.

Racing will resume next Saturday night as the 360 Sprint Cars are back in action along with the Limited Sprint Cars, IMCA Modifieds and Hornets. Gates will open at 4:30PM with racing at 6PM. For more information go to www.graysharborraceway.com 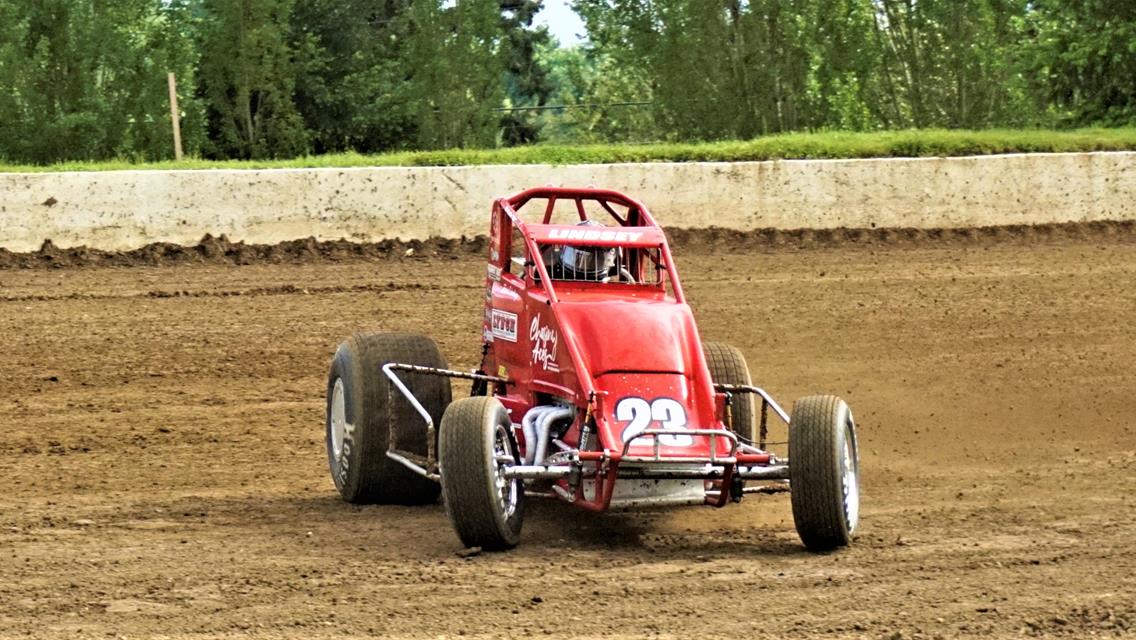 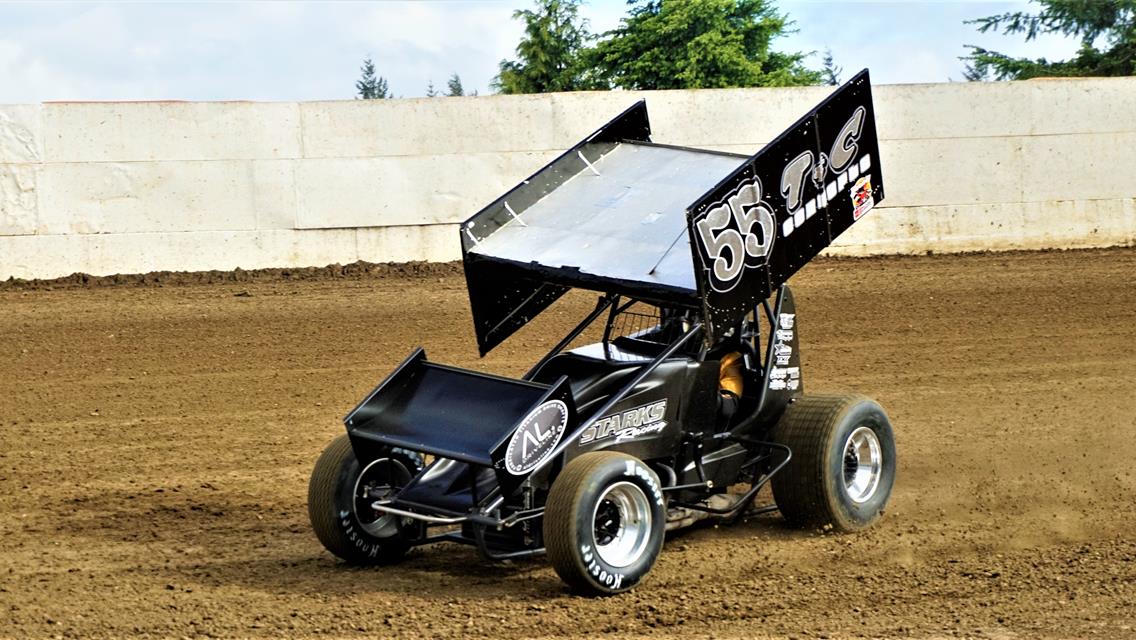 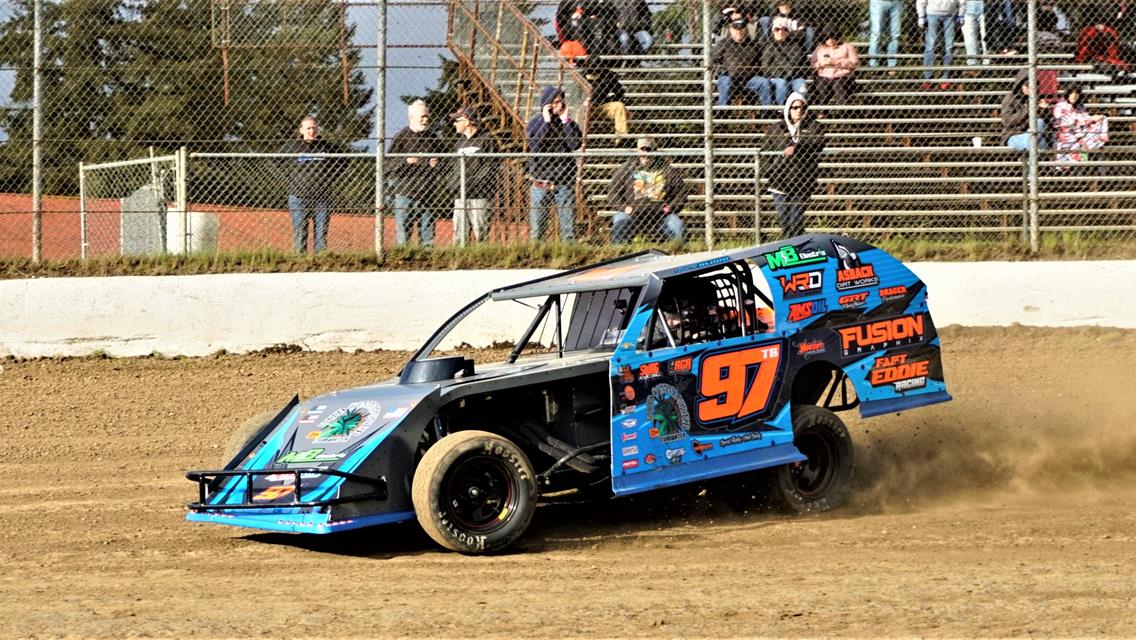